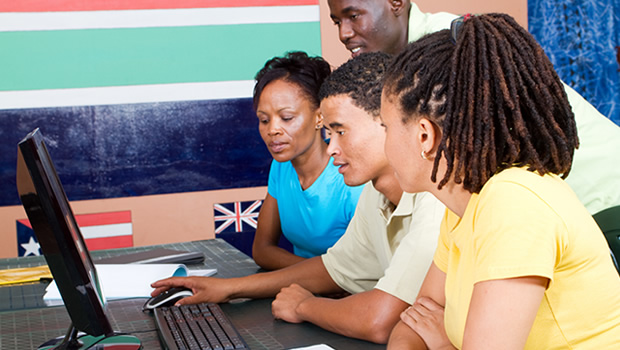 There have been several constraints in the past to make use of digital technologies for Learning in Africa and some of the major limitations were lack of financial resources / appropriate hardware, required bandwidth and restricted electricity.

While e-learning is typically associated with high-end devices and internet connections, with the recent arrival of fiber optic connectivity, which has been a major learning technology catalyst in Africa. Africa is the most self-motivated eLearning market in the world. In the recent years, many countries in Africa have embarked on new government-backed initiative, regional and international support to integrate learning technology into education and corporate training.

Growth Of Self-Paced eLearning In Africa

African continent has witnessed the highest growth rates in the world for self-paced e-learning products and services over the past couple of years which includes packaged content, custom content development and learning platform services.

The overall growth rate for self-paced e-learning in Africa is 15.2%. Senegal has the highest growth rate in Africa at 30.4%, followed by Kenya and Nigeria at 24.9%, and 23.3% respectively.

Self-paced e-learning revenues in Africa reached $ 250.9 million in 2011 and will more than double to $512 million by 2016. Research and Analysts forecast the elearning potential will get tripled largely in South Africa and Nigeria.

A growing percentage of retailers, banking & finance and mining companies across South Africa make use of e-learning to support their training programs. Corporates are the main buyers in South Africa and Nigeria predominantly finance technology, energy and telecommunications. Banking industry has been on a fast track to adopt elearning with increased need of access to resources, information and knowledge.

Africa is the only region in the world where authoring tools generate more revenue than learning platforms due to the extensive use of open source platforms across the region. Moodle application has tremendous reach in education segment in Africa, below figures are as of Nov’12:

Key Drivers Of eLearning In Africa

NGOs are playing a vital role in advancing e-elearning technology in African countries, they buy packaged content and bundle it with hardware and then donate to education institutes. Technology companies are also coming up and investing in elearning in education as a social responsibility.

Africa is one of the regions which hold “home-tuition” model. The boom in online education enrollments in South Africa – a demand that simply can’t meet with traditional campuses and programs, support distance learning to increase effectiveness in the education system, emergence of new methods of learning and teaching, increased student motivation and improved understanding of how to make effective use of technology.

Motorola facilitated an elearning project which was launched in response to the dire need to improve and accelerate education throughout South Africa, particularly among disadvantaged communities.”

To boost elearning in education, the Gauteng Provincial Government’s under department of Education has launched its e-learning program, which includes free tablets for schools in the province, will cost US$215.072 million. As a part of this program Huawei Technologies will provide 88,000 tablets.

The above is extremely encouraging for all of us that have argued on elearning potential in Africa over the past couple of years and I personally believe it is worth exploring elearning opportunities in Africa. Perhaps it is not surprising that recently there has been a noticeable increase and an apparent shift in interest in using elearning technology to support and deliver learning in Africa amongst the education as well corporate world.