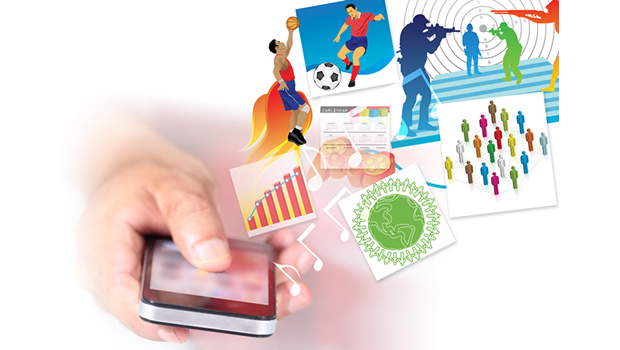 Once or twice a week I commute to the office using public transport. Sitting on the bus for 20 minutes with not much to really do affords an opportunity to indulge in people watching. As a learning designer, it pays to watch what people are doing around me. Interestingly, over time the nature of my commute has remained the same, but what people do on it has changed drastically.

I have seen two major shifts, the first was when individuals carried the first basic portable media players and listened to music. The second was the phenomenal incursion of mobile phones, it seems everyone carried one and many individuals were absorbed in its use through their commute. These days, I see more and more smart-phones – Android, BlackBerry, even the occasional iOS device (a rarity in India because of their relatively prohibitive cost; plus the typical iOS user in India is not one who takes public transport).

Things change somewhat with smart-phones contrasted with the feature phones and media players being used by commuters earlier. With smart-phones replicating many of the typical personal computers features, it isn’t surprising that people use them in varied ways just like they would PCs. Almost everyone on my commute who owns a smart-phone is using it for two things: playing games and social networking, or a combination of both – games on social networks, social network features in games. The games being played are nothing like the games played on PCs and consoles like 666 Casino games.

There is a stepping away from the ‘hardcore’ gaming metaphor to a more accessible and casual mobile gaming metaphor. Don’t read me wrong, there is a huge market for hardcore commercial games that run on consoles and PCs. Yet, if you look closely, the shift is quite evident, there is a entire new audience of gamers that wasn’t present just a few years. Today, I see lots of individuals, across various age groups, and socio-economic strata playing games on the bus.

Two major changes, the advent of smart-phones and their percolation into various socio-economic strata and a different types of game are impacting digital game playing patterns. People have a few minutes to play casually, not the many hours required to master and enjoy a hardcore console or PC-based game. It is interesting to note that casual bite-sized gaming started off in the browser, on PCs almost a decade ago, the democratization of gaming is on! Today, casual gaming using social networks or mobile phone applications is a huge business, Zynga claims to have 200 million plus active users, and 60 million daily users. Facebook adds to these numbers, another 901 million active users (in March, 2012), a lot of which play games through the social networking service. Who hasn’t played ‘Angry Birds’ yet? It just goes to show the ubiquity of mobile games and metaphors emanating from them. Mobile games are extremely simple to play, perhaps simpler than some of the base functions of the device like calling, or sending text messages.

The growing ubiquity of high-powered mobile phones equipped with substantial computing power has the potential to effect massive changes to society and culture. I’ve read reports that by 2016, there will be more phones than humans on our planet, and a huge number of connected tablets. We are only starting to see games that are designed to provide unique player experiences on mobile devices, they will only get more and more sophisticated. A mobile game world is afoot, the question in my mind as I look at these developments is simple – how will this impact learning, and the design of learning itself?