Seven Ways to Use the iPad for Workplace Learning 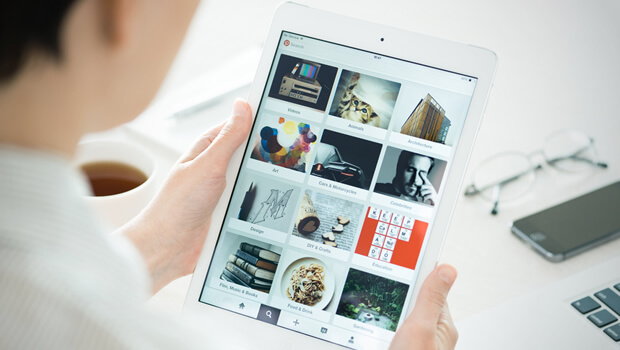 The iPad is here. After all the hype, which it didn’t quite live up to, there was a lot of commentary web-wide on whether it’s suitable for elearning, or a specific type of learning. Here at Upside our camp is divided, there are iPad lovers and there are iPad baiters. The lovers are typically Apple fan-boys who are crazy about anything Apple, so their devotion to any bit of technology that Steve Jobs throws into the market is taken for granted. The baiters are mostly alternate technology lovers and who will hate pretty much anything that Apple develops; simply because of Apple’s “captive/lock-in users” business model.

I am the fence sitter, I’ll be the first to admit that Apple doesn’t just make a product, it creates a user experience and there is much to learn from Jobs and company. On the other hand, Apple’s business practices aren’t the ones I find inspiring. So given that I’m not a lover or baiter of Apple, I’m trying to take an objective view of what the iPad might be able to do for workplace learning. Some or all of these may seem evident, it remains to be seen how successful the iPad will be, and how it will actually end up being used in the workplace.

I see 7 ways in which the iPad will (or should I say may) be used in workplace learning. I considered several other ways too, including augmented reality applications, but the lack of a camera puts a damper on a lot of cool learning possibilities. You’ll also notice that these are mostly extensions of what personal computers and phones do today, functions that a tablet computer replicates and extends. So while the iPad may be cool, the tablet’s functions are anything but revolutionary.

1. e-Books – There is talk that this will be the killer application for the iPad and will position it to take on the Kindle and the Nook. Makes sense, an eBook reader of this size will appeal to workplace users. Electronic performance support aides like manuals, user guides, etc. will make for easy browsing and reference on a tablet device like the iPad.

2. Multimedia Presentations – Conventional elearning courseware is well suited to rendering on a device the size of the iPad. The touch interface will enhance the quality of existing interactions. It will also let elearning designers have a wider interaction palette to design with; newer forms of interaction are sure to result.

3. Games – the iPhone has shown great potential as a handheld game platform, the same would apply to the iPad. The large screen and touch interface lends itself well for the deployment of learning games. The support for WiFi also makes for developing multiplayer learning games that can be used in groups or individually on the same network. These types of games may be effective especially when used for soft skills.

4. Simulations – the hardware that works for games work just as effectively for simulations. As is, the lines between games and simulation are constantly blurring. Again here, the idea that we could develop a multiplayer simulation that demands collaboration from learners to achieve simulation outcomes; encouraging teamwork and emulating the real world where collaboration is necessary for success.

5. High Def Video Libraries – High definition video is already a big part of our lives – YouTube, Vimeo and others support HD, having a handheld device the size of an iPad that’s capable of rendering HD video is special indeed. Workplaces can create their own HD video libraries. Video is effective for learning; customized high definition, anytime video will have a greater idea.

6. Shared Collaborative Environments – Synchronous collaborative environments that you can carry around you should be possible with a device like the iPad. The lack of a camera prevents synchronous video, but that’s a niggle. What might appeal the most is features like a shared whiteboard or note taking spaces. The ability to draw directly with your fingers versus a stylus or mouse is a definite plus for the iPad.

7. Psychomotor Skills – the touch interface capabilities of the iPad are perfectly suited to teaching certain types of psychomotor skills. I can imagine applications for tablet devices that are essentially simulations for teaching graphic design, or technical drawing, or for exploring complex technologies.

While this may seem a bit far-fetched, I’d think that a failure of my ability to articulate my thoughts about the use of the iPad for psychomotor skills.

Now to bash Apple a little, I had some questions that I couldn’t quite find answers to. Knowing the answers might have helped me expand on a list of possible uses in workplace learning.

1. How do you save and transfer documents to the iPad? Can you?
2. Does it support a variety of email systems? Lotus or MS Exchange?
3. Does it support a media service other than iTunes?
4. Does it support multitasking? Can I run more than one program?
5. Will it ever allow the use of Flash? While there’s been a lot of talk both ways, I’d still like it, lots of content out there is in Flash. 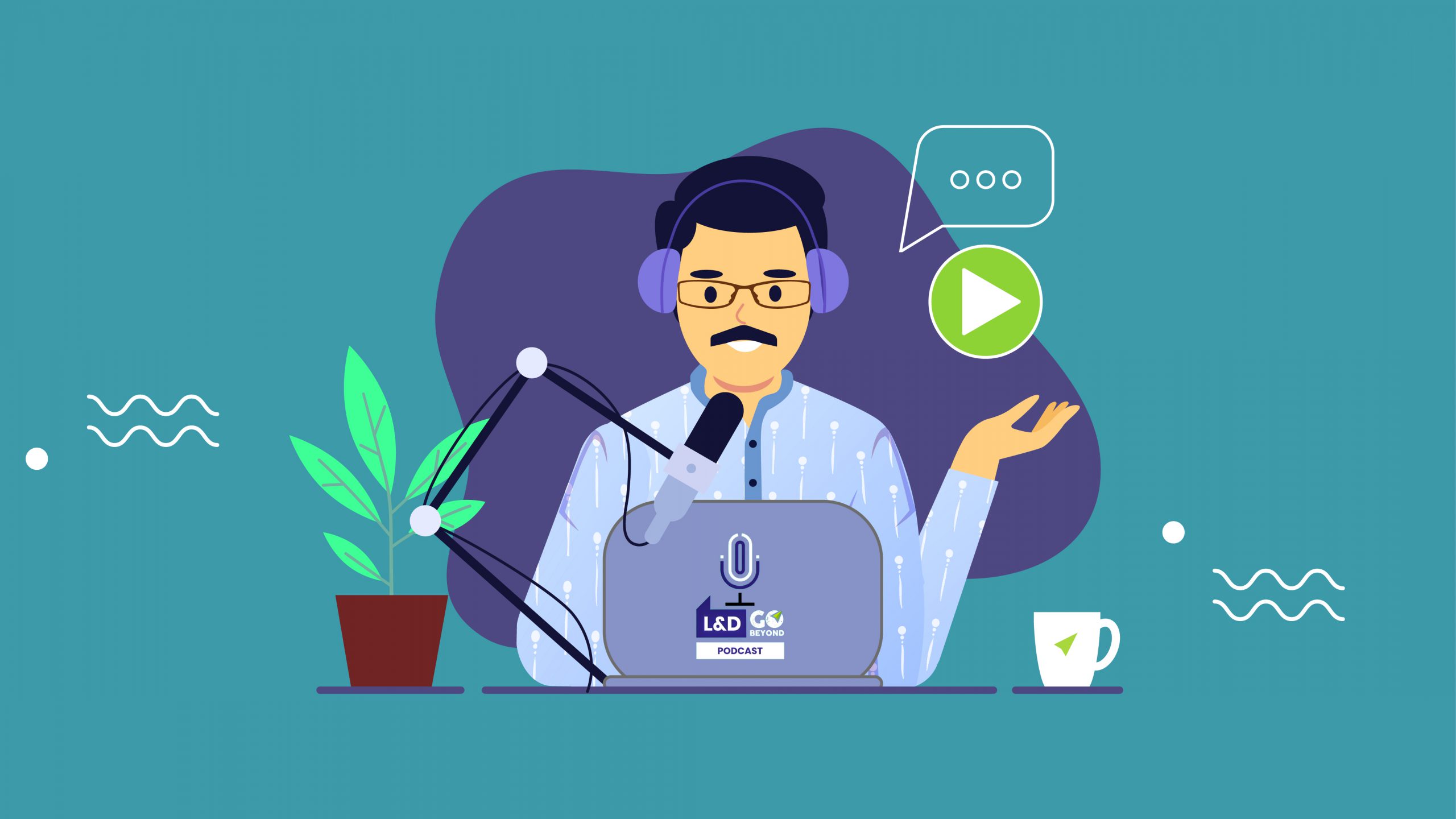 L&D Go Beyond Podcast: It’s a Wrap for Season 1 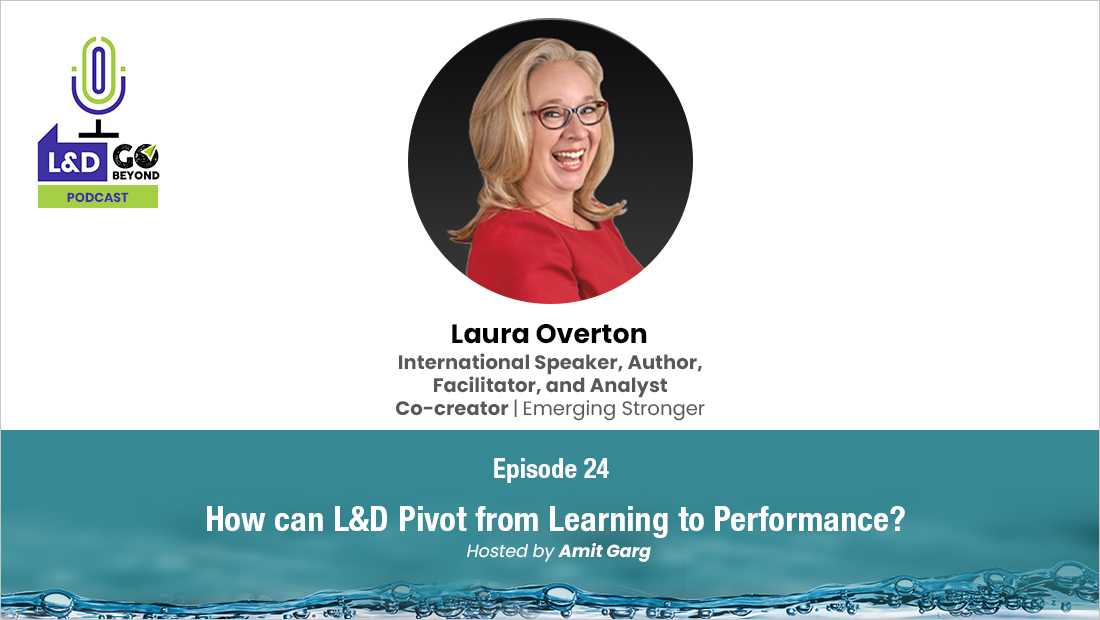 L&D Go Beyond Podcast: How can L&D Pivot from Learning to Performance?, with Laura Overton 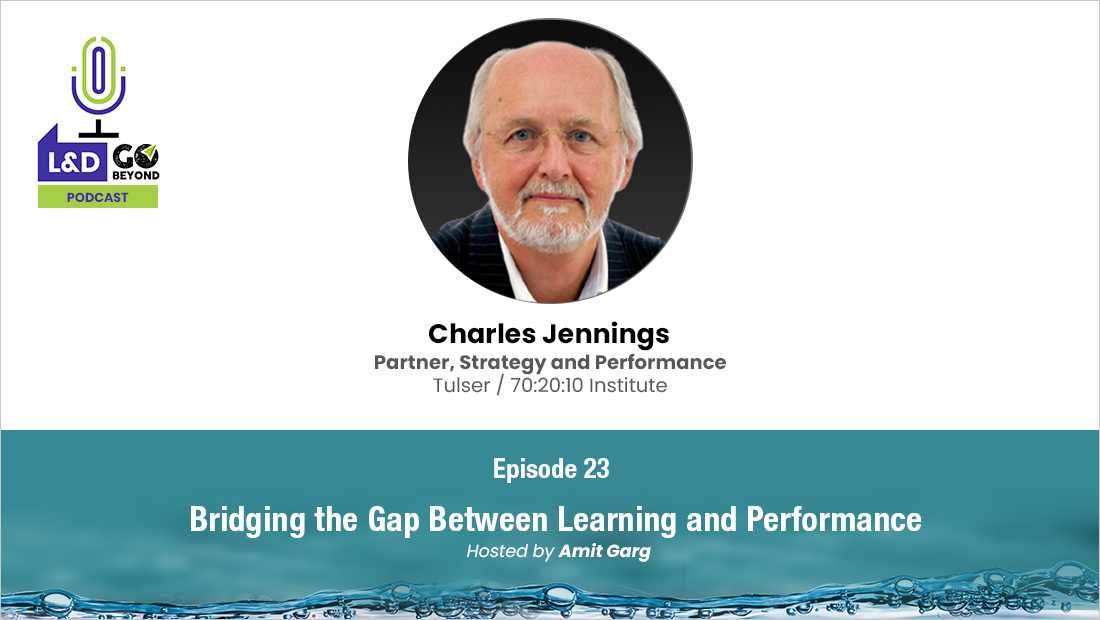 L&D Go Beyond Podcast: Bridging the Gap between Learning and Performance, with Charles Jennings