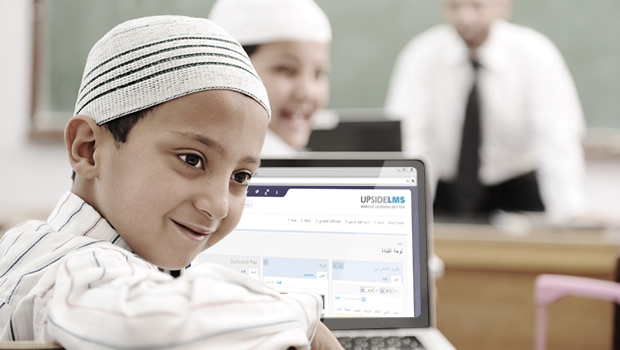 The Saudi Government remains the major contributor to the development of the country’s higher education infrastructure and is continuously raising the budget to be spent on the education sector. This in turn has lead to the growth of eLearning across enterprises and educational institutions in the Arab World.
Also contributing to this expansion is the acceptance of eLearning by a large number of employees and students, and more importantly because of the following drivers in elearning industry:

Growth of eLearning and Government spending

Saudi Arabia has witnessed a rapid increase in the need and demand for eLearning education facilities, owing to the emergence of the Kingdom as a center for knowledge outsourcing in the Middle East region. According to the latest research report by Market Research.com titled ‘Saudi Arabia Education Forecast to 2013’,the demand for eLearning modules will be driven by factors like rising investment and eLearning, which has been emerging as a substitute of distance education. Estimated to grow @ of 33% during 2010-2014, the size of the eLearning market in Saudi Arabia is likely to reach US$ 670 Million by 2014. Last year, the Saudi Government had allocated $40 Billion (SR 150 billion) in its 2011 Budget to education and training. It’s no secret then that investment in human capital has become a top priority for the Saudi Government.

To demonstrate its belief in making “investments in talent and intelligence” a top priority, the Saudi Govt. has declared to commence new universities across the Kingdom. These universities are expected to significantly increase their focus on eLearning and plan to replace their entire curricula by eLearning materials or blend significant eLearning resources into their existing curricula.

The Saudi Govt. has been very instrumental in unifying national eLearning strategy to bridge the gap between the National ICT Plan and unilateral developments to encourage eLearning in Saudi Arabia at schools, colleges and vocational training centers.

Some developments that have sprouted out of these initiatives are:

1. The MoHE (Ministry of Higher Education) has recognized that it was time to take advantage of these developments, and has set up a National Center for eLearning and Distance Education (NCELDE) in promoting eLearning and distance education programs across the Kingdom. The Higher Education Ministry has also set up a repository for eLearning material to help universities adopt eLearning smoothly. E-books for engineering, medical, computer science and humanities courses are either planned or available and academics are able to receive training.

2. The Technical & Vocational Training centre in the Kingdom (TVTC) has been an early adopter of eLearning at its various technical and vocational training centers. TVTC has set up its own eLearning center and through a combination of in-house and outsourced developments and partnerships, has developed a comprehensive eLearning offering to its current strength of 100,000 students in 50 colleges. Further, it expects around 300 colleges and more than 400,000 students in 2 years time to take advantage of its offerings. Its recent initiatives include the development of online courses, from 20 courses to 1,200 courses in next 5 years time, in computer skills training and production of electronic materials for self learning.