Adobe AIR & Flash Player 10.1– How it Can Benefit Mobile Learning 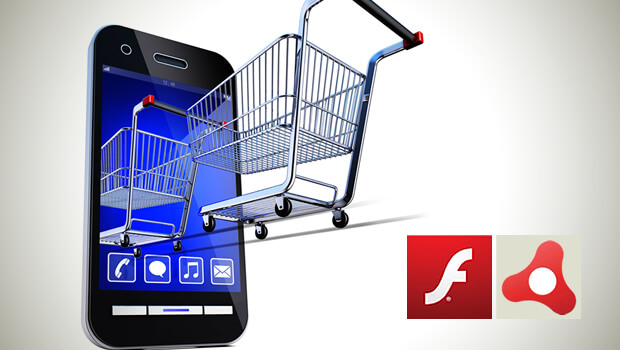 On Feb 15, 2010, at Mobile World Congress 2010, Adobe announced Adobe AIR for mobile devices, a consistent runtime for standalone applications which is an outcome of Adobe initiated Open-Screen project. As quoted by Adobe, the Open-Screen project has grown to around 70 ecosystem partners world-wide, which means many devices would be made capable of supporting the outcomes of this Adobe initiative. To begin with it will be available on Android in 2010. Adobe also unveiled Flash player 10.1 beta to developers and content providers at the same event.

What does it mean for elearning (or should I say mlearning) industry?
Flash is the favorite delivery platform (development tool) for eLearning courses due to its huge install-base and ability to produce engaging content. However, that’s not the case with mlearning. Mobile device platforms are diversified – from screen sizes to the operating-systems driving the devices. Due to this (and some other reasons like processor capability, device features, etc), not all devices support Flash – neither within the web-browser nor outside of it. So if you do some mlearning development the solution would most probably limit its access to the targeted device only. However the advent of AIR for mobile provides an alternative here:

– It opens up possibilities of porting same solution across all supporting devices with some minor tweaks (like changing routines for accessing some device specific features).
– Mobile developers won’t need to learn specialized code each time to port their solutions on different devices
– You can use existing Flash development skills to provide engaging elearning apps for handheld devices.
– You can even implement SCORM LMS tracking methods within the apps itself
– You can develop eLearning content that can run on desktops, laptops, netbooks, and smartphones.

Apart from AIR app, the same code and assets in any AIR app can further be used to deliver a mobile browser version using Flash Player 10.1. Note that all the major smartphones (except iPhone) will support Flash, including Android, BlackBerry, Symbian, Palm’s webOS, and Windows Mobile. It will now also be available on LiMo devices, an independent and open smartphone platform with a Linux-based operating system at its core.

Apple’s decision of excluding Flash on their devices has resulted in some disappointment within our team and many others around the world. Nonetheless, Adobe has already announced a workaround using the packager for iPhone. So a solution developed for other devices, can possibly be ported for the iPhone using this packager. I assume the same packager would be made capable to publish apps for iPad too as the iPad uses the same underlying technology as iPhone.

At some point one would justify Apple’s standoff against Flash on their handheld devices, and advocate open-web culture of HTML5 or alike. The reality, however, is that the new HTML5-enabled web will take many years to become a standard. In the meantime the world wants to deliver and access content across all devices and that’s where Adobe is pitching. Their goal is to have every platform supporting native Flash and AIR (including iPhone).

As an eLearning developer, we will certainly benefit from the Adobe Flash runtime, AIR and Flash player 10.1 made available for handheld devices.